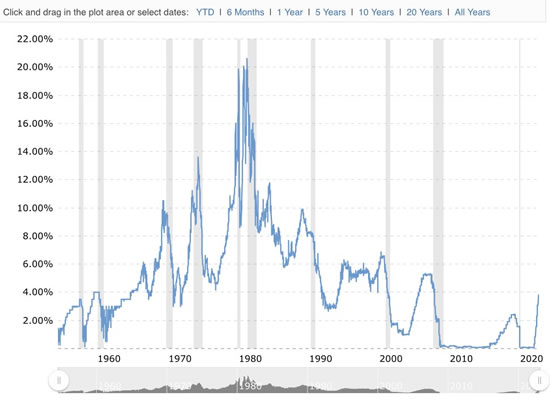 What are the “walls of worry” for the Markets Going into 2023?

We are almost at the end of the 4th quarter for 2022, and the markets have eased slightly off their lows, but have since given up some of those early November gains. Many are keying this month as the financial markets “wall of worry” and have set the stage for volatility in 2023.

The chart of the $QQQ above shows a narrowing down trend, which has persisted for all of 2022. We recently put in a lower high that did not even reach up to the upper envelope of the downtrend line.

Let’s go through the list of factors that currently affect the markets on the “wall of worry”. First: inflation! Inflation has been a persistent problem for all of 2022. The Federal Reserve has raised interest rates repeatedly, yet inflation still continues. The pattern we expect is that the Federal Reserve will continue to raise interest rates until at least the latter part of 2023 in order to cool off an overstimulated economy.

Source: https://www.macrotrends.net/2015/fed-funds-rate-historical-chart
Once the Fed has achieved its goal of getting inflation back into check, the expectation is that a Recession is soon to follow thereafter. As you can see from the chart above, we have not had a recession since 2009, which was just after the Financial Crisis. This is a longer than average time to not experience a recession. Typically, when there has been no recession for an extended period of time, the recession that is born out of this period of growth is usually deeper and longer than usual.

Second, on the “wall of worry”, is the zero tolerance policy and resulting uprisings in China, that are further interrupting the manufacturing supply chain. The Covid pandemic has pretty much passed for most of the Western world, but it continues to expand in China. China was not as severely affected compared to many other parts of the world, but their zero tolerance policy has now resulted in over 40 deaths, outraging citizens who feel repressed and desperate after months of lockdowns and other heavy handed methods. This is a problem for the world economy as China produces much of the world’s manufactured products. Companies such as Apple ($AAPL), stand to be very heavily and negatively affected by the supply chain interruptions. Apple makes up a large percentage of the major indexes and as many analysts say “So goes Apple, so goes the markets.”

The chart of Apple ($AAPL) pictured above, shows a breakdown due to the impact of the zero tolerance policy of China.

The final item on our “wall of worry”, is the crypto meltdown caused by the failure of FTX. Although many have predicted that FTX will be like another Lehman brothers, the differences seem to be far greater than the similarities. Lehman Brothers was one of the five major investment banks of the United States, whereas FTX was a large cryptocurrency exchange, but certainly was not as cross collateralized as much as one of the five major investment banks of the largest industrial power of the world. To put these two financial catastrophes into perspective, FTX cost $25 Billion; the fallout from Lehman Brothers failure $10 Trillion. Furthermore, the fallout seems to be contained to less than a half a dozen companies, all of which are in the highly speculative crypto space.

In the chart of $GBTC pictured above, Bitcoin is in a downtrend and it does not seem to have found a bottom yet.

Some issues that have recently come off the “wall of worry”, have been the midterm elections, which seem to have passed by innocuously with the Republicans winning back control of the House of Representatives and the Democrats maintaining control of the Senate. A “Red Wave” of Republican victories would have most likely been cause for concern for Wall Street and the financial markets, as historically the stock markets like a gridlocked Washington. Markets do not like uncertainty and had the Republicans taken Congress, that would have most likely led to more drastic reforms in the direction of protectionism and conservative fiscal policy.

Finally, this Christmas season seems to still have a silver lining. Sales numbers from Black Friday and Cyber Monday, while not great, were also not as terrible as many had expected. Inflation clearly has cut into the consumers ability to spend, but at least for the time being consumer spending activity continues to be robust.

During the month of November, we released two production updates: 5.7.5.0 and 5.7.5.1.  These versions include a number of fixes and enhancements that are listed below:

We highly recommend that you review the release notes here.

Please be sure to install the latest version of the DAS Trader Pro platform. You can do this very easily from DAS by clicking Tools > Auto Upgrade. You can learn more about the Auto Upgrade feature in our Knowledge Base.

If you have any ideas for anything you want to see on our newsroom, please send us an email: newsletter@dastrader.com.