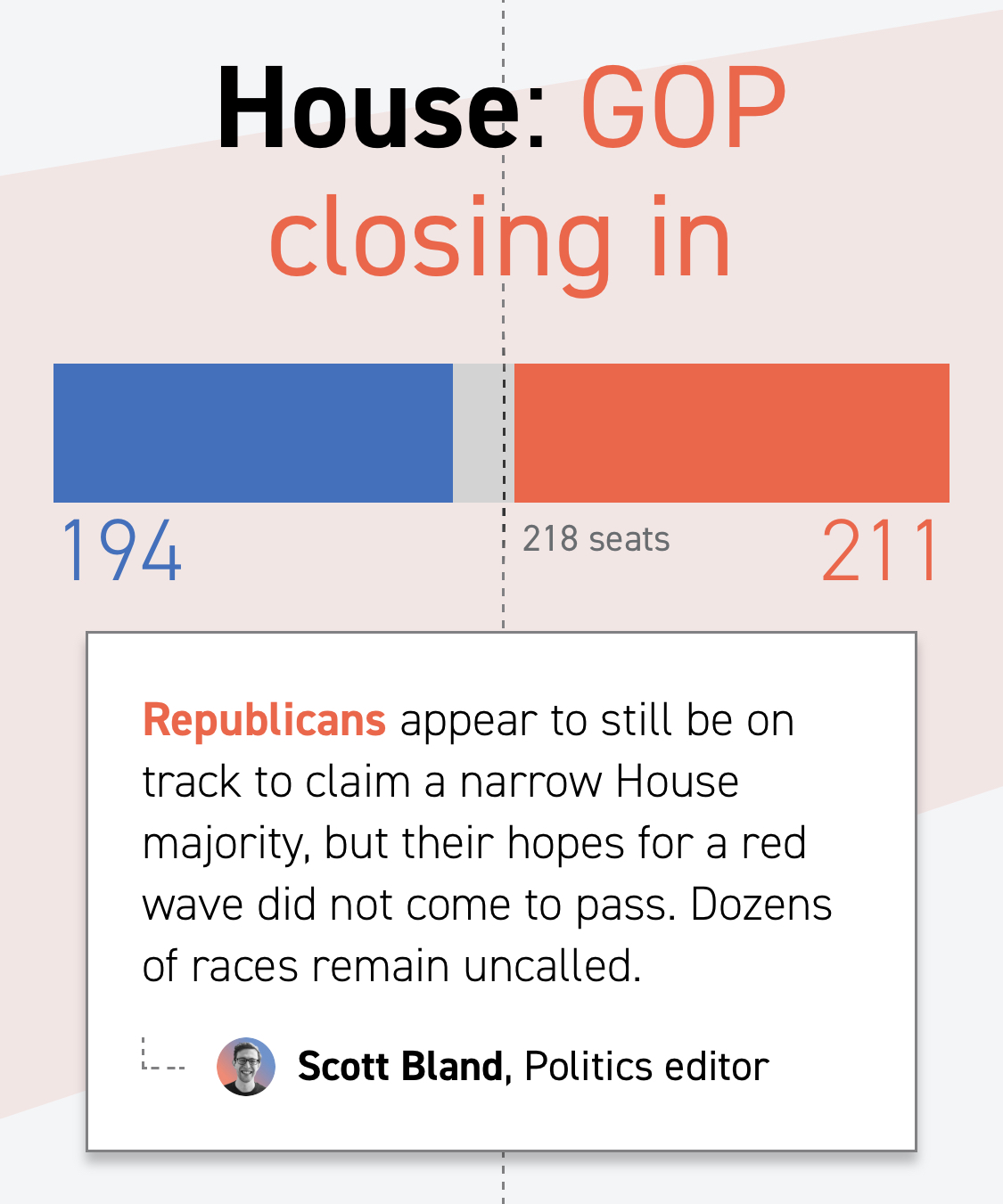 The Senate race is still too close to call, although the Republicans are leading with 49 Senators called in their favor (Alaska is included in this 49). With 3 Senate seats still undecided, Nevada will most likely go to the Republicans while Arizona will most likely go to the Democrats. Georgia will have a runoff election which could go either way, but may decide who controls the Senate. 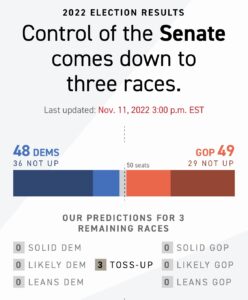 In our analysis from last week, we explained that a Republican victory would be beneficial for the U.S. dollar. This would also have a negative effect on the U.S. stock market as they have an inverse relationship. We currently have an uncertain election and markets generally dislike uncertainty. Although, in this instance it is beneficial to the U.S. markets that the Republicans did not get the proverbial “Red Wave” as expected. “The Red Wave” would have been good for the USD, as a clear cut Republican victory would have most likely ushered in more protectionist type policies. The dollar would’ve continued to strengthen and since markets are denominated in dollars, they would’ve continued to have dropped. This may still happen if the Republicans can achieve a 51 to 49 seat control of the Senate, but a narrow lead in the Senate will not lead to aggressive protectionist policies. The worst case for the Democrats in this midterm election would’ve been a 55 to 45 seat majority for the Republicans. 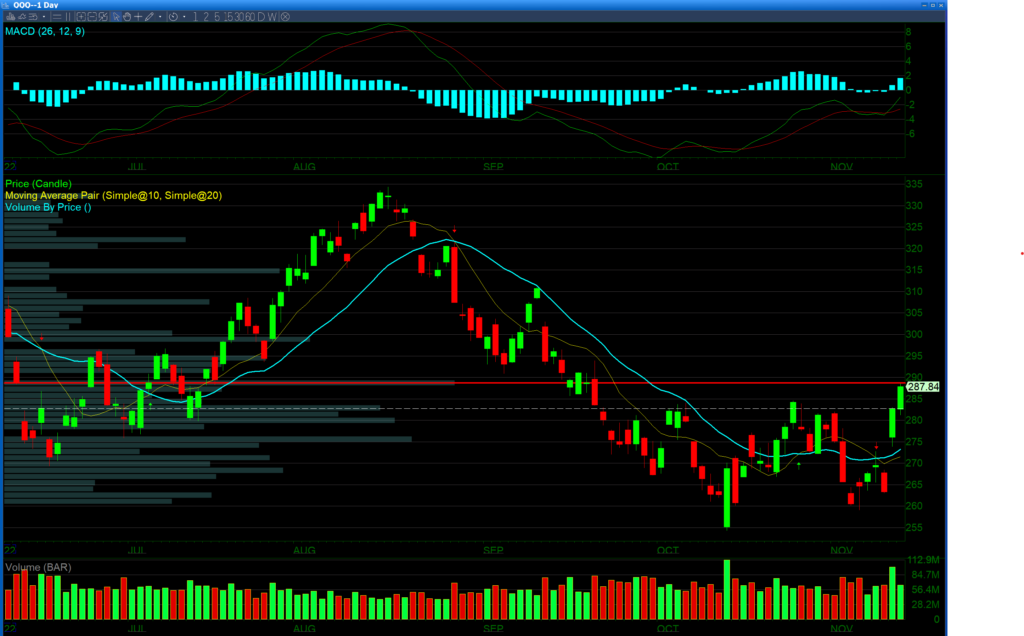 Let’s talk about the markets. They have rallied steeply over the last two days, after they initially sold off slightly on the uncertain election results. Sharp rallies that happen on lower than average volume are what we expect in bearish market conditions. Some things we need to continue to watch for are the longer time frame charts. We also need to watch some of the key indicators like the MACD. Selling does not usually stop and immediately reverse; it needs a long rest to set up a base. Also, there has been no capitulation, nor has any of the underlying factors that started the selloff changed. In fact, there are some factors that are far worse than originally expected or were not even a concern when the selloff started. 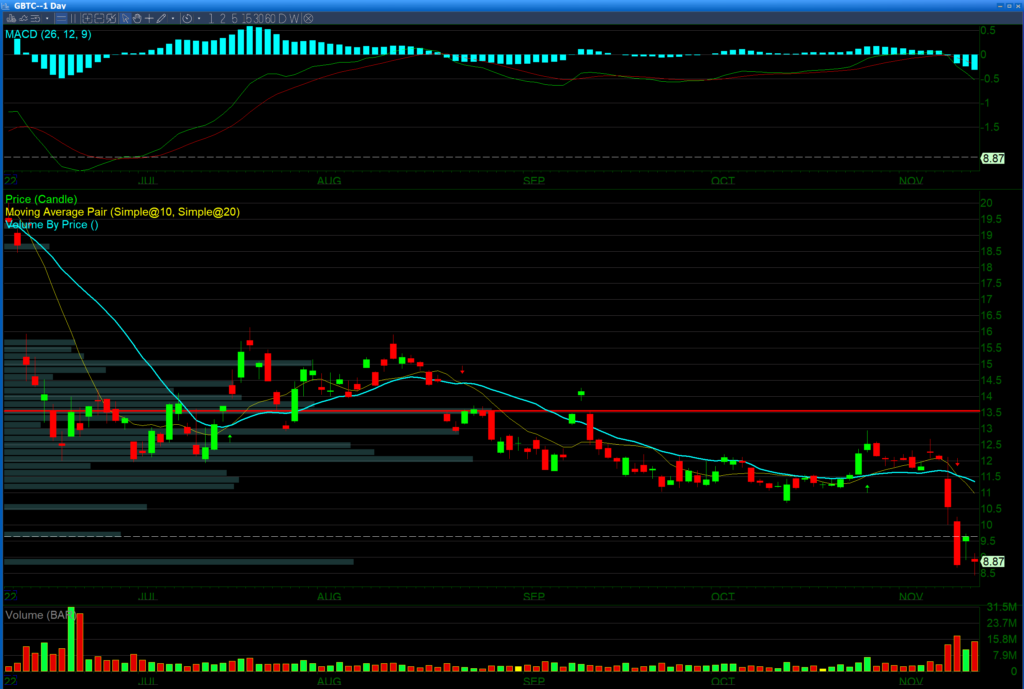 This adds a new negative dynamic to the mix. This is the first of potentially many more failures as financial failures tend to turn into a contagion if they are cross collateralized. That is exactly what this problem appears to be. FTX recently, this summer, injected $250 million into Coinbase in order to help it avoid bankruptcy. Now it appears that FTX was mis-handling customer funds. You can be sure, that whoever is in control of the Congress, Republican or Democrat, that there will be hearings and investigations into the future of the cryptocurrency exchanges and how they are regulated by the SEC. Most certainly there will be additional regulations and controls put on the cross collateralization of crypto exchanges with U.S. broker dealers. This will also have some effect on the planned U.S. digital currency that is intended to be launched sometime in 2023.