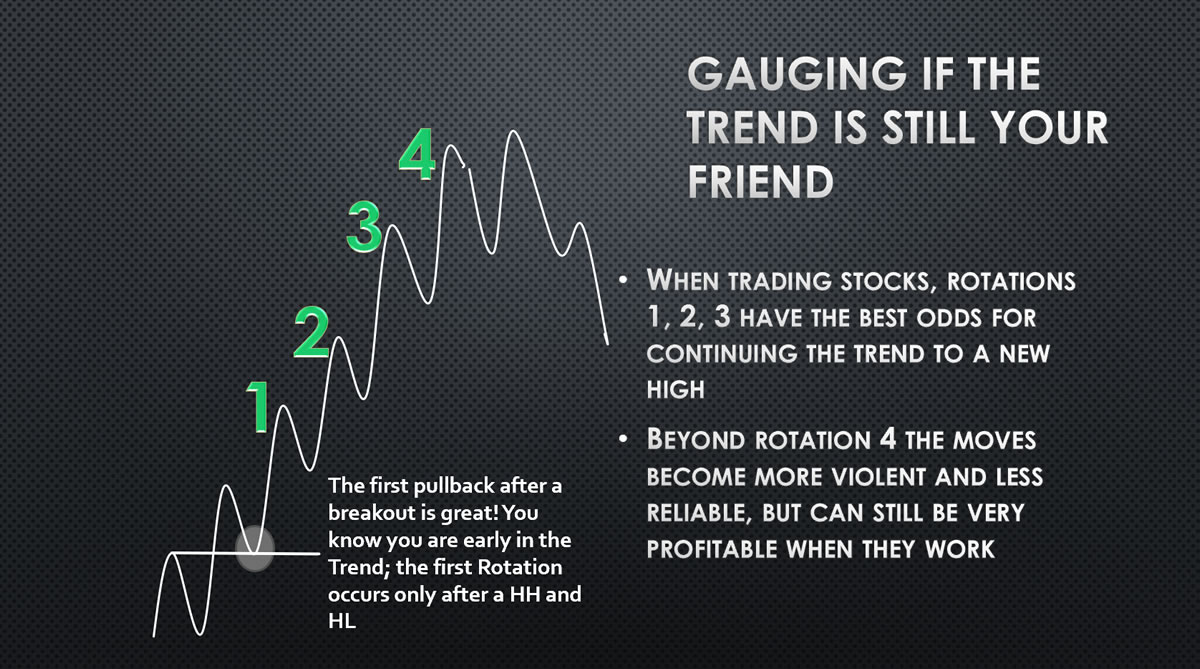 Counting Rotations and Gauging if the Trend is Still your Friend

As a follow up to our previous blog, we will be taking a deeper look into counting rotations and how you can gauge if the trend is going to continue in the current direction or if it’s going to reverse.

In this chart of the S&P ETF (Exchange Traded Fund) the $SPY, we can see it is following this trend in a slightly more bullish fashion. For the first wave up, it moved five rotations to the upside. It then consolidated with two rotations down before moving up two rotations amid the consolidation. This consolidation is a sideways trend. We finally see a big break out to the upside and the resumption of the upward move. One key element to notice is that inside of this uptrend there is also a sideways trend. The entire pattern of this trend is called a continuation pattern. The trend is clearly up but takes a pause in the middle before refreshing the bullish move to the upside. 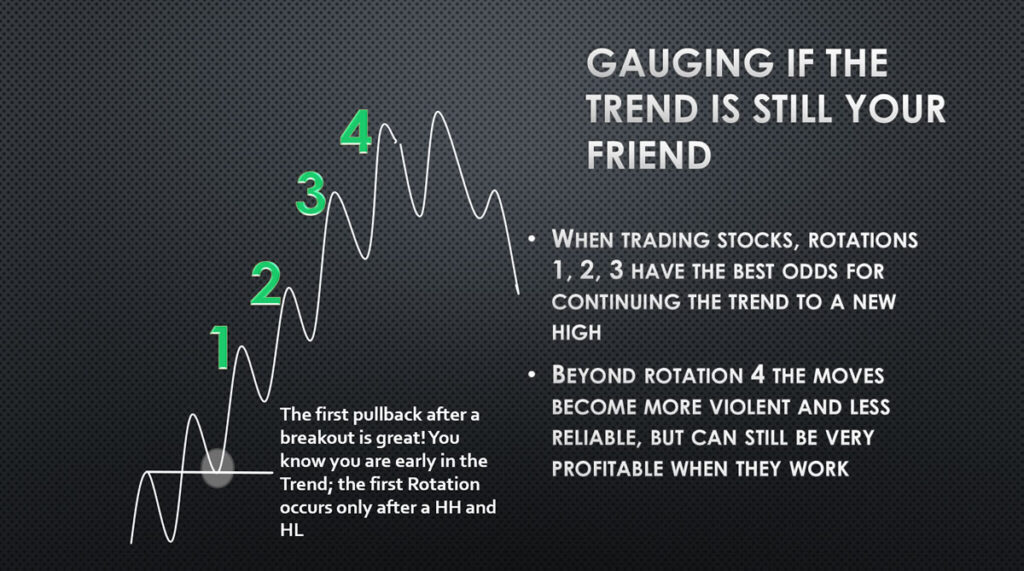 Above are some important notes about gauging the strength of a trend. When a stock is in a sideways consolidation and you witness the breakout, you know that the uptrend is brand new so it might make up to 4 to 5 rotations in your direction before faltering. The best trades with the highest reliability will be on rotations 1 to 3. Rotations 4 and 5 are possible but less likely to make drastically higher highs. You should be prepared for the trend to falter and pause after making a breakout and then at least four rotations in a particular direction.

It is important to note that futures and FX tend to trend better than stocks. This means they make 7 to 10 rotations in a given direction before they pause and move back 2 to 5 rotations in their counter directional trend. They also tend to make measured moves just like stocks, but will generally trend further and with less interruptions due to the lack of a daily gap in price. Futures and FX trade on a 24 hour market basis, so the only gap that occurs in futures and FX trading is over the weekend. Cryptocurrencies do not have that gap as they are a 24 hour, 7 days a week market, but cryptocurrencies do trade and trend similar to FX and futures. 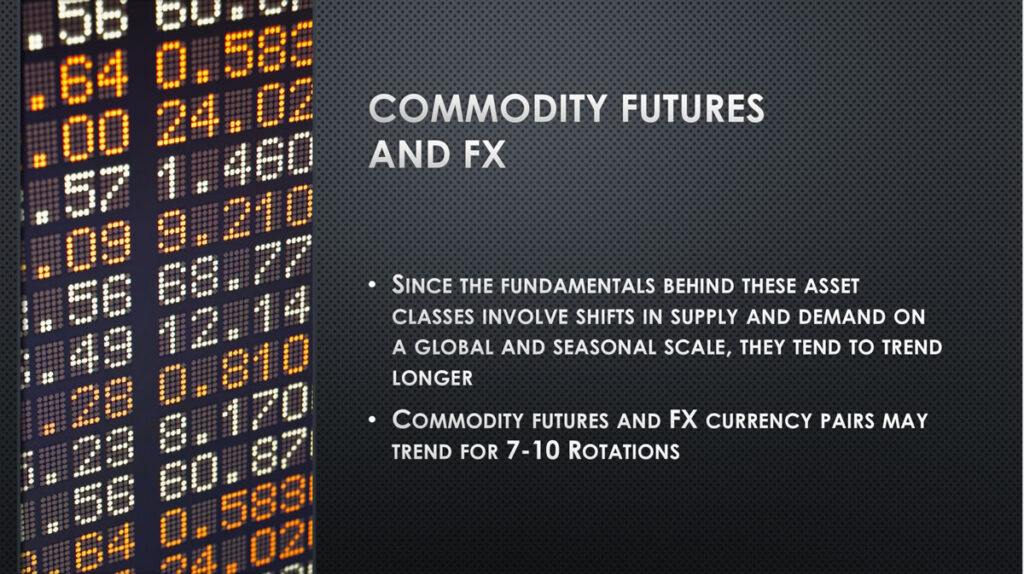