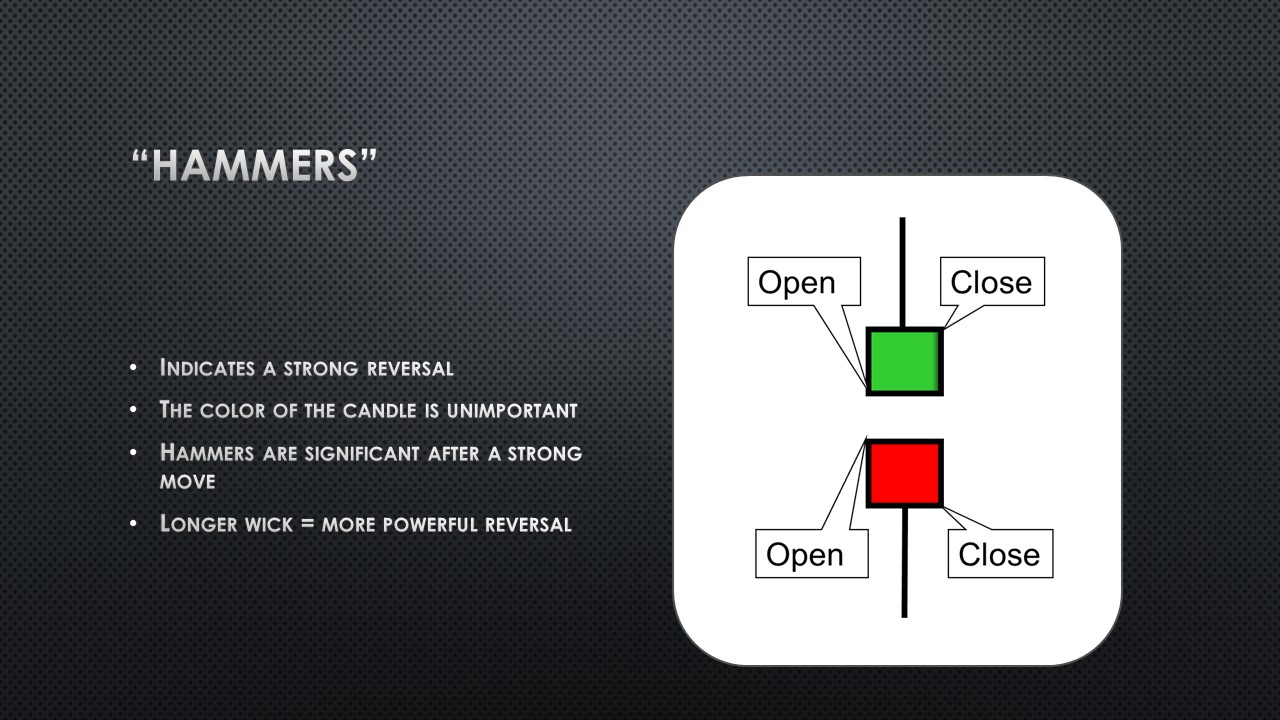 In this post we’re going to be covering various types of reversal bars and reversal candles. Just to recap, trend direction is the most important element in taking a good trade. Trend direction is extremely easy to identify, as we have already covered, We watch for higher highs and higher lows for an uptrend; equal highs and equal lows for a sideways trend and lower lows and lower highs for a downtrend. 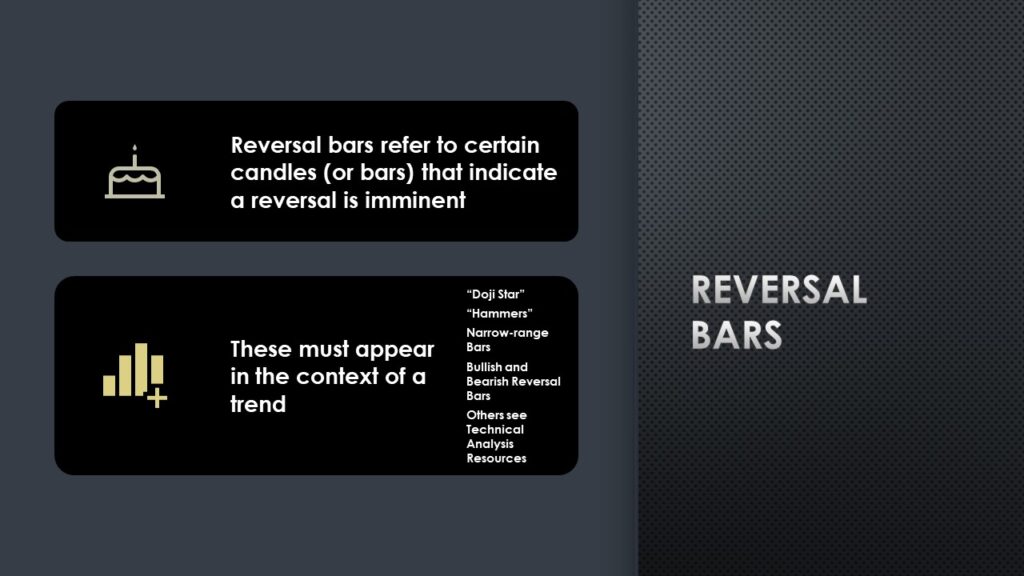 So let’s jump in and talk about hammers and shooting stars. Both indicate a strong reversal is imminent, they are more significant after a strong directional move in one direction or the other. The size of the wick, or topping and bottom tail indicates the strength of the move or reversal. The color of the candle is technically unimportant as far as the hammer or shooting star is concerned, but as you will see in a later lesson we will call this a bullish or bearish reversal. A bullish hammer at the end of a buy set up, which is three down bars near a trend following indicator like a moving average, combines various technical indicators which one can use together to give a powerful signal to the long side.

Conversely, if you have a multi-bar move up that is very extended from the moving averages and then you get a bearish reversal bar that is also a shooting star, that is a fairly strong signal to the short side. Technical indicators such as reversal bars and reversal candles work best when they are used in conjunction with each other. 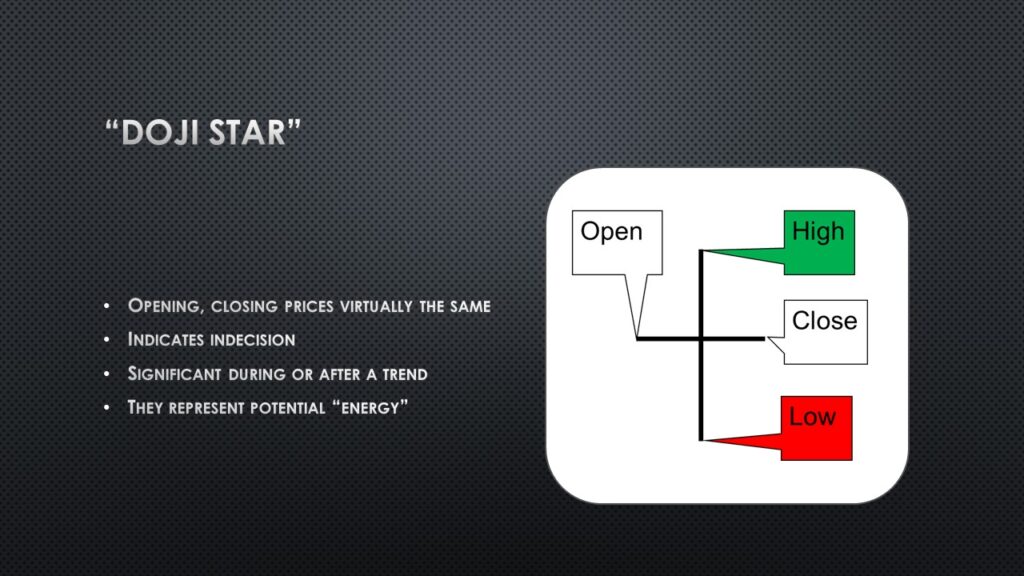 So our final lesson for this week is the doji star. The Doji indicates indecision as the opening and closing of the candle is at the same price. If the wicks on top and bottom of the candle  are longer, then that indicates that there was more volatility during that time period. The Doji is a very powerful sign of indecision, which is more powerful at the end of a significant move up. Part of the power of the Doji is that the potential energy has yet to be released. There is a strong battle between buyers and sellers.

These reversal setups are important elements when looking for a potential reversal trade. In future blogs, we will dive deeper into the reversal setup, so stay tuned!