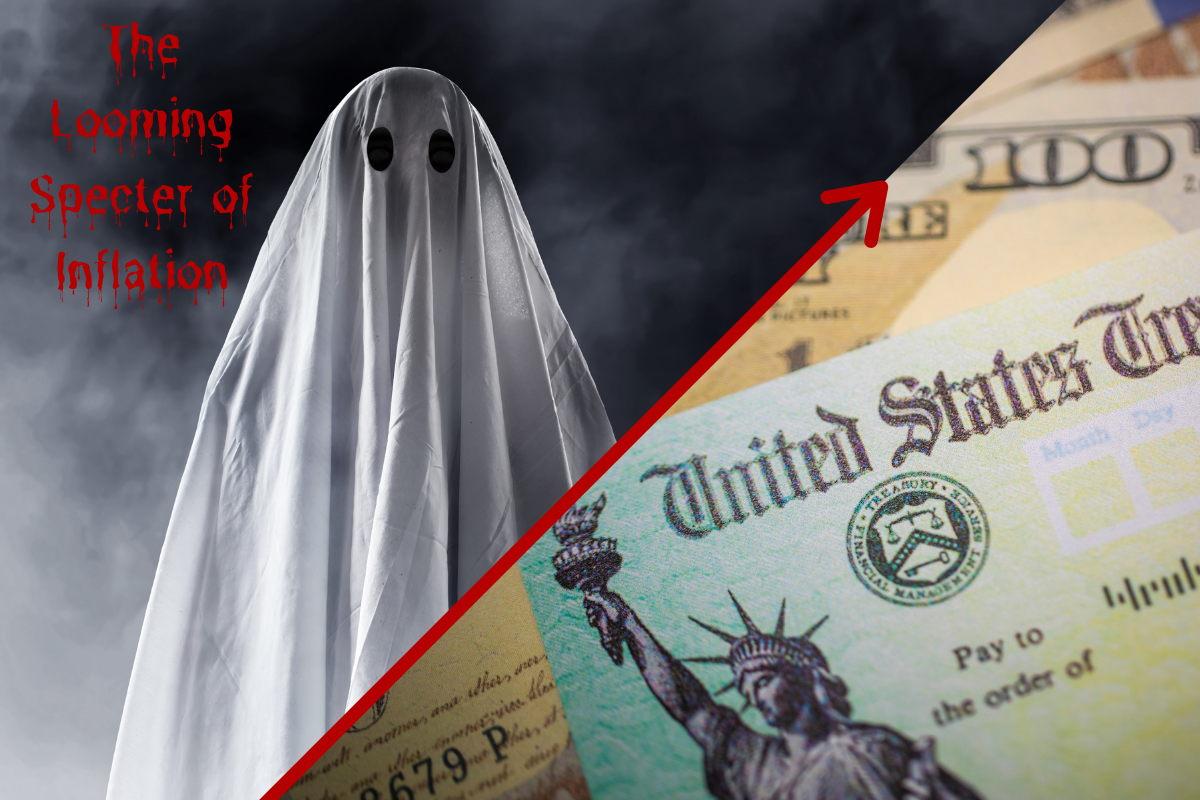 What does $1.9 trillion dollars in government stimulus do to a market and an economy when the economy was already showing signs of recovery? Rally, of course! Although inflation is the specter that is just beyond the horizon, and the question that remains is how will the market and economy react to inflation. In inflationary times, money should move out of growth stocks and into value stocks. What this means is that the $QQQ, which represents the NASDAQ 100, should start to slow down and act with relative weakness to The Dow Jones represented by the $DIA. The $SPY should be somewhere in the middle as it includes elements of both. Generally, in inflationary times, volatility in the stock market will increase and will usher in a period of market uncertainty.

More Stimulus Raises the Specter of Inflation. For the record, the “By the Book” reaction is as follows:

One of our featured technical indicators this month is the CCI (the commodity channel index), which is a momentum-based oscillator used to help determine when an investment vehicle is reaching a condition of being overbought or oversold. It is also used to assess price trend direction and strength. The CCI is usually put in its own section of the trader’s chart and is considered a filter to help the trader focus on confirmed, reliable trading opportunities. The CCI is often used to swing trade stocks between oversold to overbought readings. DAS Trader comes configured with the default settings already imported into all of its indicators, including the CCI. 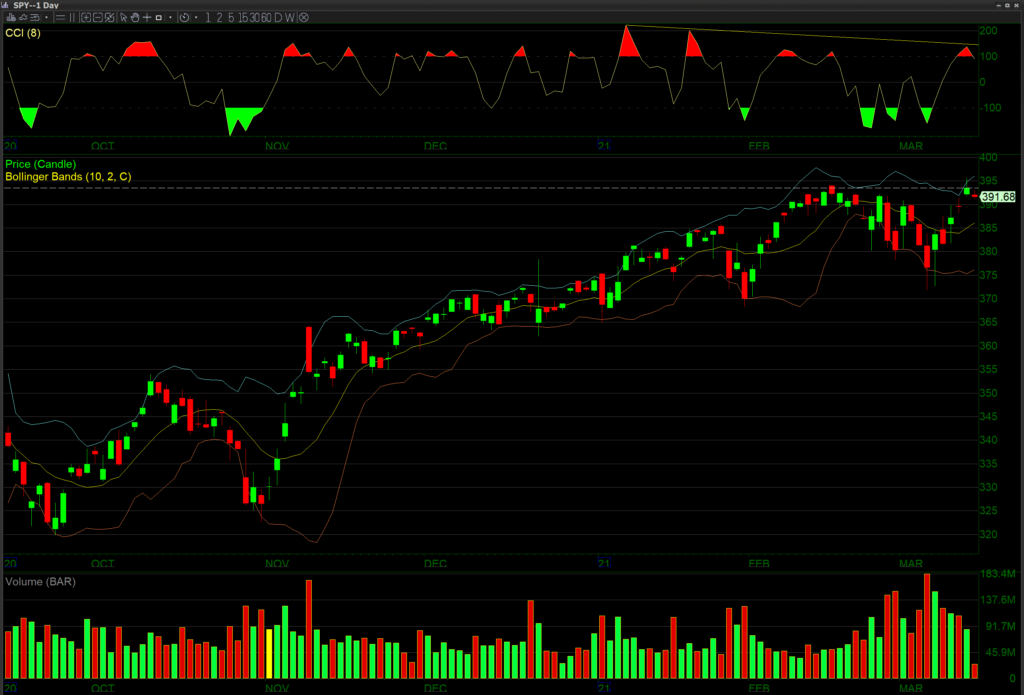 As we can see here on a chart of the $SPY with the CCI indicator enabled, the $SPY is reaching overbought levels as well as showing signs of a divergence. As a reminder from our past lesson, a divergence between price and oscillator is a signal for change.

Let’s look at the $DIA as compared to $QQQ while we explore Value vs. Growth to understand the effects of inflation on financial markets. 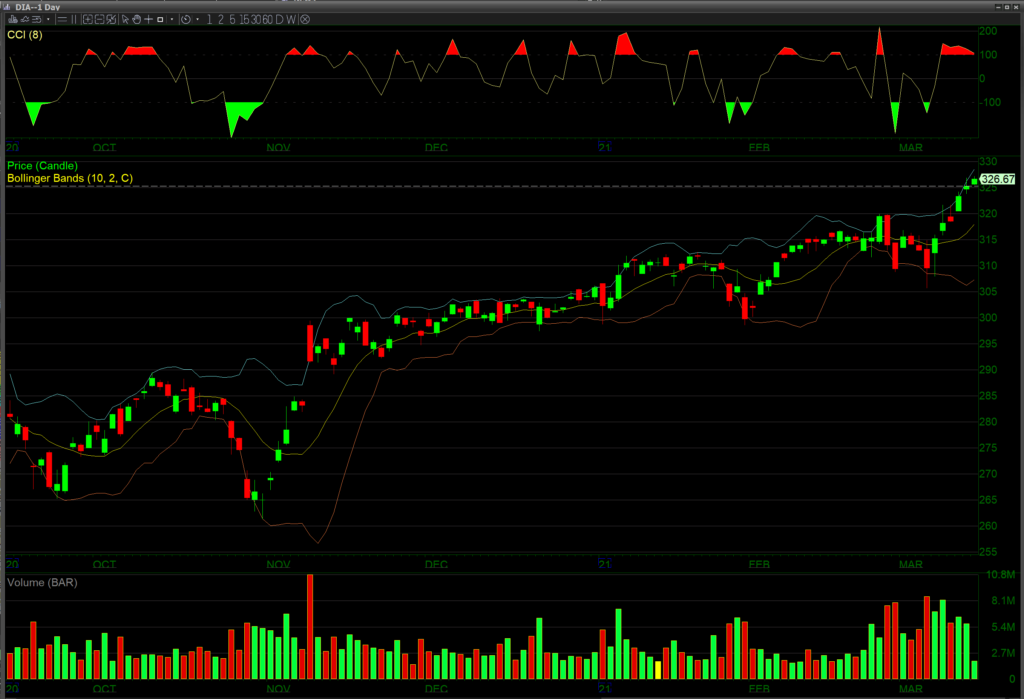 The $QQQ is now acting weaker as profits are being taken after an incredible run. Money is being pulled from the table and put to work in the $DIA as traders and investors are investing in value stocks that have long been ignored, while tech and growth stocks have blasted off. Traders and investors are taking risk off of tech and growth in the $QQQ while searching for value and more safety, and maybe even more profits as they shift money into the $DIA.

We can see below that, as it should, the market is reacting to the inflationary concerns. With the $DIA reversing roles with the $QQQ as it is now acting like the stronger index.

Hopefully this has helped you understand how the market generally reacts to inflationary concerns. One thing we may not have stressed enough is that inflation brings volatility! Our next blog update will focus on the market cycle and the envy buy setup which may or may not have happened yet. Whatever the case, it looks like increased volatility will persist for the rest of 2021.