Fibonacci extensions differ from Fibonacci retracements because they help to predict where prices may go in the future. Fibonacci extensions are primarily used for profit taking points. They are completely subjective because the trader chooses the three points to base the extensions off of. Those three points are then used to calculate potential levels that the stock would get to using Fibonacci’s golden ratio numbers. Just as with Fib retracements, the trader uses Fibonacci ratios to see where the stock will pull back to.

Above, there are three points that have been defined to predict where price may target when it breaks out.

Why does the Fibonacci Technique Work

Keep in mind that using any Fibonacci technique is subjective and they generally work because they are self-fulling prophecies. Traders believe in them and if enough traders use them the same way, they then act in concert and make them an effective trading technique.

Even if traders are not using them correctly, the concept of the Fibonacci ratios is that we are all wired the same way. Even if we don’t know that we’re using these Fibonacci ratios, our minds are subconsciously programmed to think things are going to go to the same place because visually these ratios are ingrained in us. 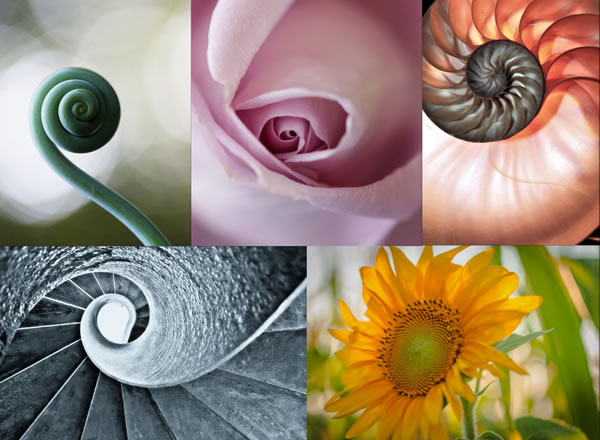 Above are images of the Golden Ratio in nature.

The ratios themselves are based on something called the golden mean or ratio. The Golden Ratio is a repeating sequence of numbers and an interaction between them that is observable in nature and in all things.

To learn about this ratio, start a sequence of numbers with zero and one, and then add the prior two numbers to end up with a number string like this:

What do Fibonacci Extensions Tell You?