Let’s continue with our journey into support and resistance by talking about how it works in the context of sideways trends and in up or down trends. We will also explore some of the very powerful nuances of accumulation/consolidation and distribution/volatility patterns.

Accumulation is another word for support and is a type of consolidation that leads to a breakout or breakdown of some kind; but which direction will the break out or break down go? Looking at the consolidation, what are some of the telltale signs of accumulation and support?

Accumulation is usually a narrowing range, or consolidation, an increase in price certainty (Narrowing Range) = Decrease in Price Volatility.

Distribution is usually a widening and irregular range, an increase in price uncertainty (wide and Irregular Range) = Increase in Price Volatility.

Putting these advanced support and resistance patterns together and understanding the main differences between them are some of the important nuances of trading. 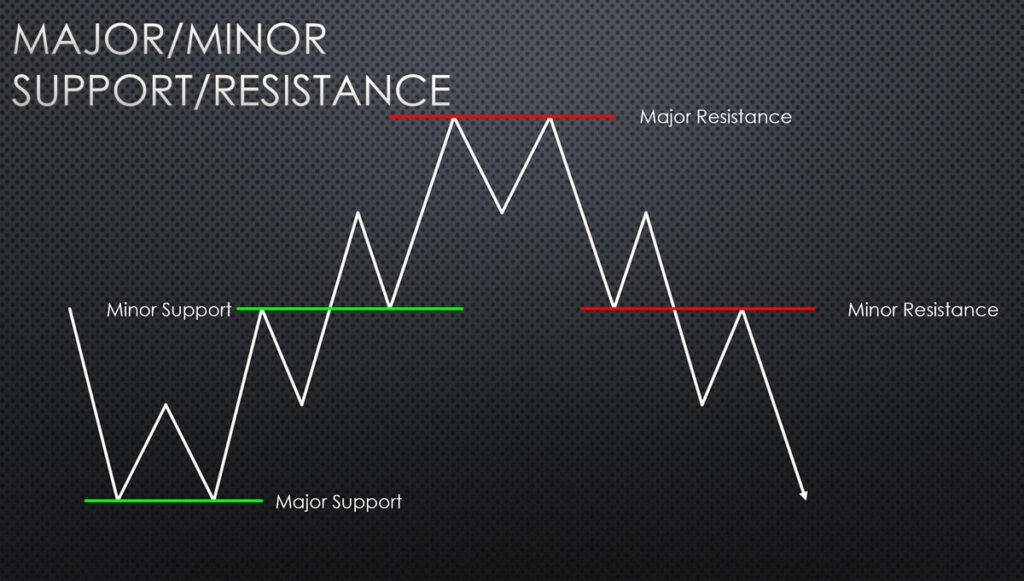 In the example above, we see major support established and then an uptrend starts from the point of the double bottom or major support. We see an uptrend which is made up of higher highs and higher lows. This is inclusive of minor support. All the way up to the point where a double top, or major resistance level is hit. After that major resistance level forms, a reversal occurs and a new downtrend starts. Notice that in the downtrend you have an area of minor resistance that lines up perfectly with the area of minor support from the up move. 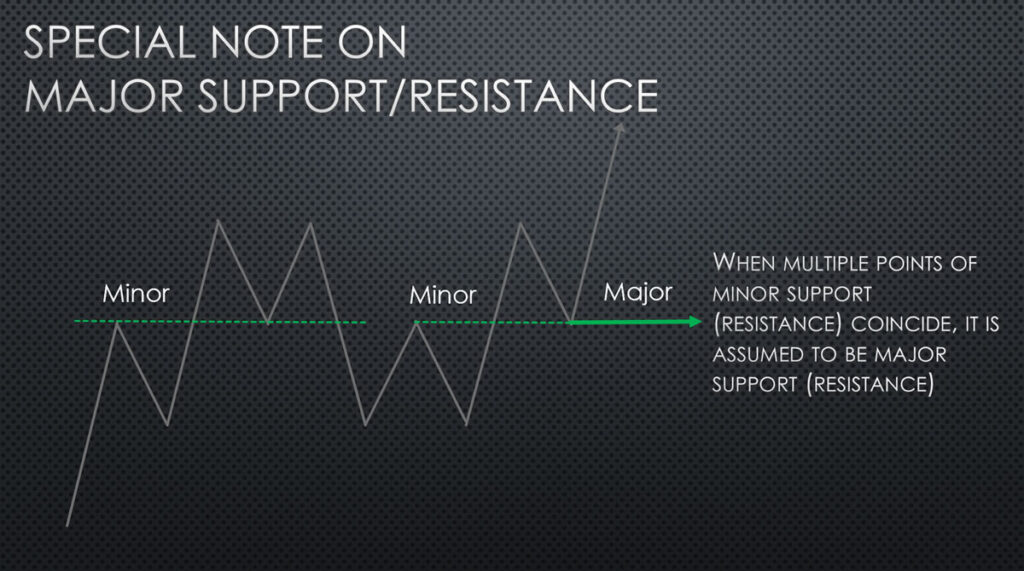 Very often, as in the above example, multiple points of minor support and resistance lineup. Note that after a couple of times that key points are revisited, minor support becomes major support or resistance; it is extremely important in identifying key levels to pick your entries and exits. Understanding the nuances of support and resistance and understanding how that ties into institutional levels of accumulation and distribution are key to using this important trading concept effectively.