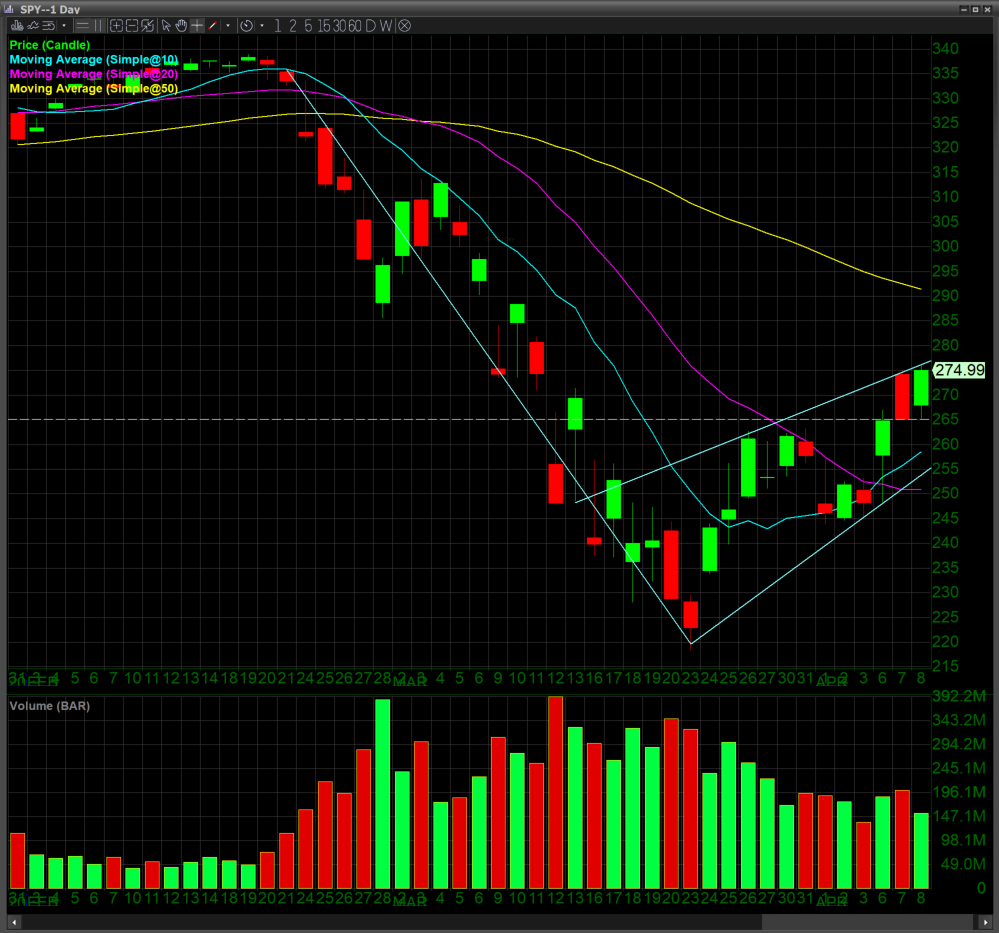 Happy Easter to All,

Ironically, Easter seems to signal the peak as the Covid-19 epidemic finally seems to be slowing up. Unfortunately, the economic crisis seems to only be starting.   As we go into earnings season, over the next two weeks, we expect to see a huge downturn in the S&P as well as the Dow Industrials.

After an almost 30 to 36% move down from the highs, the S&P has bounced 17% to 18% off the lows, starting to form what looks like the beginning of a bear flag formation.  Currently, we are on the upper end of the flag. The potential is setting up for another rotation to the downside.

Gold continues to move higher in tandem with the US dollar which is not the normal correlation. Therefore, another ETF to keep an eye on is NUGT which is a 3x leveraged Gold Miners ETF (Electronic Traded Fund). It is EXTREMELY VOLATILE because every point that gold goes up, NUGT goes up $3! 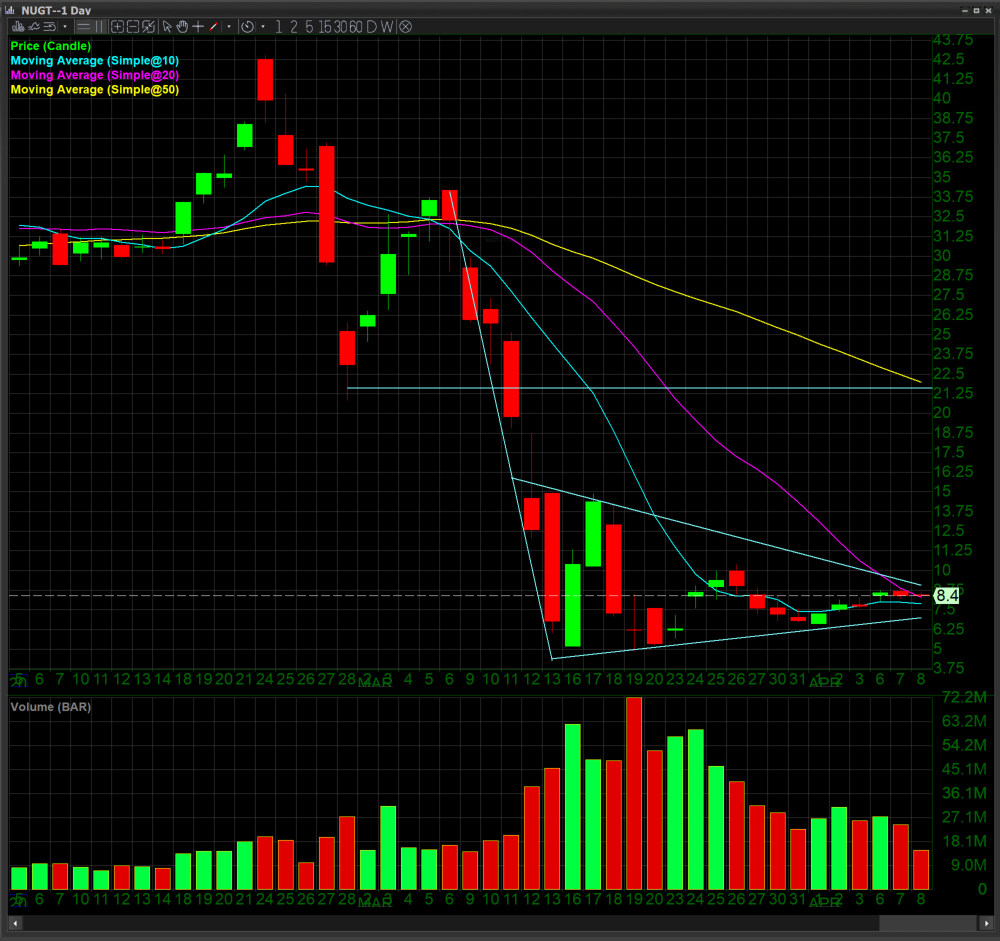 The US Dollar continues to move up from what we see and gets stronger against most, but not all, global currencies. That signifies that gold should go up because no one wants to keep cash, even though the old adage is cash is king. In times of uncertainty, gold is the crown jewel! Gold is the oldest and most trusted safe haven on Earth.

Other stocks to keep an eye on are NFLX, which starts earnings season. Keep an eye on AMZN, Google, and bio techs such as GILD, REGN, BIIB, and Moderna. Of course, these names are at a minimum of 10%-15% BELOW BOOK VALUE.

Another Stock to watch is CLX. As the virus numbers rise worldwide from increased testing, Clorox should move up with it. Clorox has pulled back some as the market has soared. It is almost acting as a safe haven in and of itself, as of late.

Nonetheless, we believe the current surge in the market that we saw, just this week, was a bull trap laid out by the institutions looking to sell baskets of equities of their excess supply to the retail investor. All of this while preparing to unload every ounce of stock they can at a 20% higher price than they could have at the lows, only to buy it back 40% cheaper than current NAV (Net Asset Value).

Remember, we have yet to see a capitulation rally in this market. The average Joe has NOT taken his money out of the market and thrown the baby out with the bath water! Not yet, but soon we believe.

This week’s headlines were, “Another Bull Market Emerges” and “What Recession?” Things of that nature are media hype and only further indicate, at least in our opinion that we have yet to see a bottom.

All large cap public CO’s issued earnings revisions or warnings only a short time ago. At that time, the U.S. was barely affected. Now, we are locked in our homes, quarantined and restricted in a way we never thought possible . The war act has been initiated/enacted by the President.

Simply stated, we expect things to get much worse economically as the pandemic lets up. Outdoor activities and jobs like construction have been halted. This should trigger yet another tremendous and unprecedented rise in the already mind blowing jobless numbers that came out yesterday. These new or revised numbers on the horizon have been widely ignored by Wall Street and Main Street thus far.

The U.S. dollar continues to gain strength which means our currency is actually in less supply. This will directly have a negative impact or a headwind for our U.S. based companies doing business both domestically and abroad. Once you suck supply from the market, the demand may go higher, but it means there is less money floating around in the economy. Therefore, less money is being exchanged and subsequently spent. Spent money creates jobs.

Sadly, even though the stock market has been going up, the start of earnings season will bring out the reality of the economic disaster that the after effects of quarantine and the pandemic have caused in the second quarter.

Best of luck to you all. Note that this is not investment advice, but an outlook of what we think might be to come.
Research contributed by Michael DiGioia – Institutional Sales

We just finished our Spring 2020 #1 Best Trader Competition. This competition focused on novice traders and the turn out was amazing! Check out the winners on our #1 Best Trader Winners page.

Be on the lookout in the next few weeks as we will be announcing our Summer 2020 #1 Best Trader competition!

Happy Easter from your friends at DASTrader.