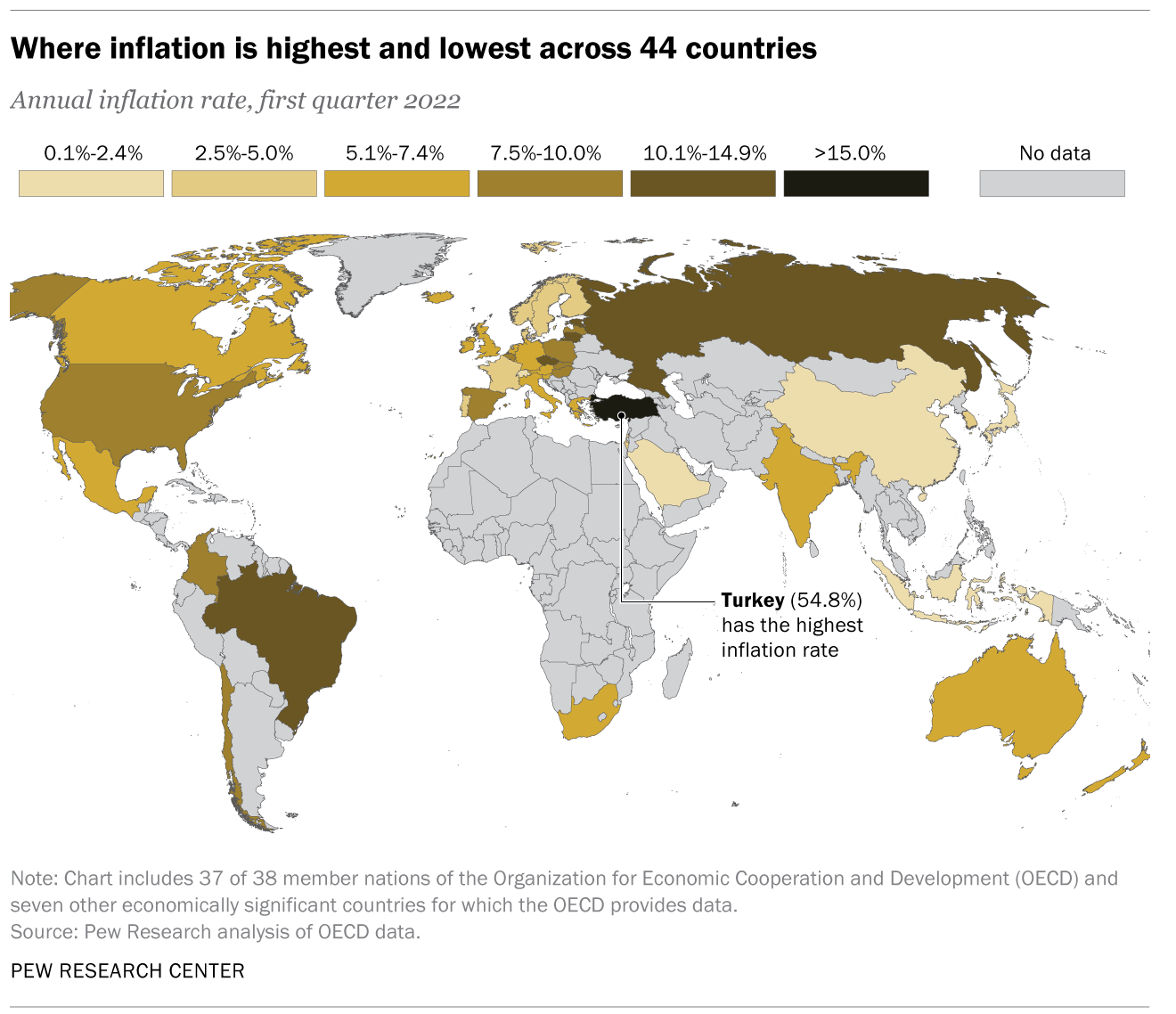 Let us start by sharing the mission statement of the Federal Reserve:

The fundamental mission of the Federal Reserve System is to foster the stability, integrity, and efficiency of the nation’s monetary, financial and payment systems to promote optimal economic performance. (Federal Reserve Bank of Chicago, n.d.)

Judging by the out-of-control inflation, which has not been seen for almost 40 years, the Federal Reserve is not living up to its mission statement. We are certainly not experiencing “optimal economic performance”. Furthermore, the failure to tame inflation by quickly raising interest rates is testing the entire Fed system’s credibility.

The Federal Reserve System is the central bank of the United States. It performs five general functions to promote the effective operation of the U.S. economy and, more generally, the public interest. (Federal Reserve Board, 2022)

The world economy has had a floating currency system since 1972 (all the currencies of the world represent their respective economies) with the U.S. being the reserve currency of the entire system. This is because the currency is denominating most key commodities (such as oil and natural gas) and major corporations. On Wall Street, it is often said that when the U.S. economy catches a cold the rest of the world gets the flu. Failure to act by the Federal Reserve Bank in the U.S. can cause rampant inflation across the globe. 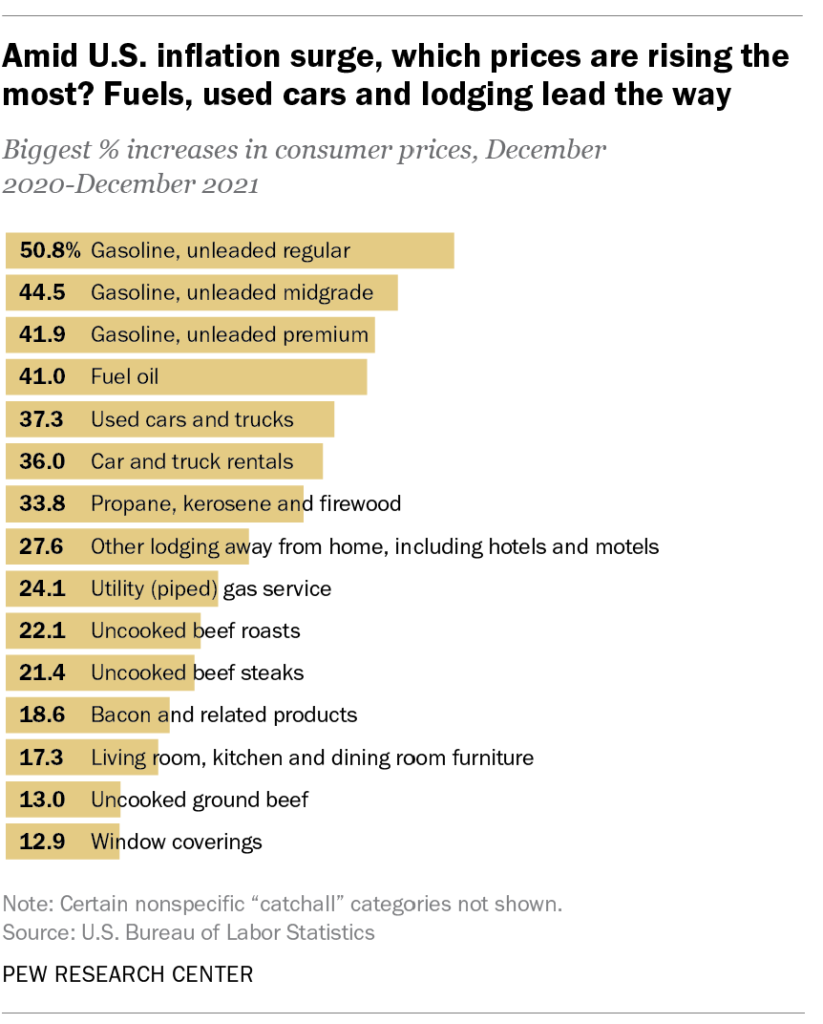 Looking at this list of price increases due to inflation, it is clear that the Fed has not done well maintaining price stability. Note that the end date of this list was December 2021 and we’ve had six more months of rampant price inflation. These numbers also don’t include the exacerbated inflationary effects of the war between Russia and Ukraine. These numbers only reflect the out-of-control inflation caused by too much economic stimulus and more so by the Fed not doing its primary function and raising interest rates in a timely manner. Instead, the Fed’s Chairman, Jerome Powell, repeatedly stated that the effects of inflation would be “transitory” as they were largely due to supply chain interruptions and the pandemic. “It is the Fed, however, that had the tools to stop inflation and failed to use them in time. The result is the worst overheating in a big and rich economy in the 30-year era of inflation-targeting central banks.” (The Economist Newspaper, 2022)

In trading and investing we often say that hindsight is 20/20. This meaning mistakes are obvious in retrospect, but when dealing with a problem at the time, One often does not see the solution. The rampant inflation problem was not addressed quickly enough, therefore causing inflation to get out of control. The cause of the inflation issue in the United States was “Mr. Biden’s excessive $1.9trn fiscal stimulus, which passed in March 2021. It added extra oomph to an economy that was already recovering fast after multiple rounds of spending, and brought the total pandemic stimulus to 25% of gdp—the highest in the rich world. As the White House hit the accelerator, the Fed should have applied the brakes. It did not. Its hesitancy stemmed partly from the difficulty of forecasting the path of the economy during the pandemic.” (The Economist Newspaper, 2022)

The second stimulus package of $1.9 trillion combined with the supply chain issues caused by pandemic shutdowns have now been exacerbated by the war between Russia and Ukraine. This combination has helped cause the inflation that we see running rampant in the world economy. 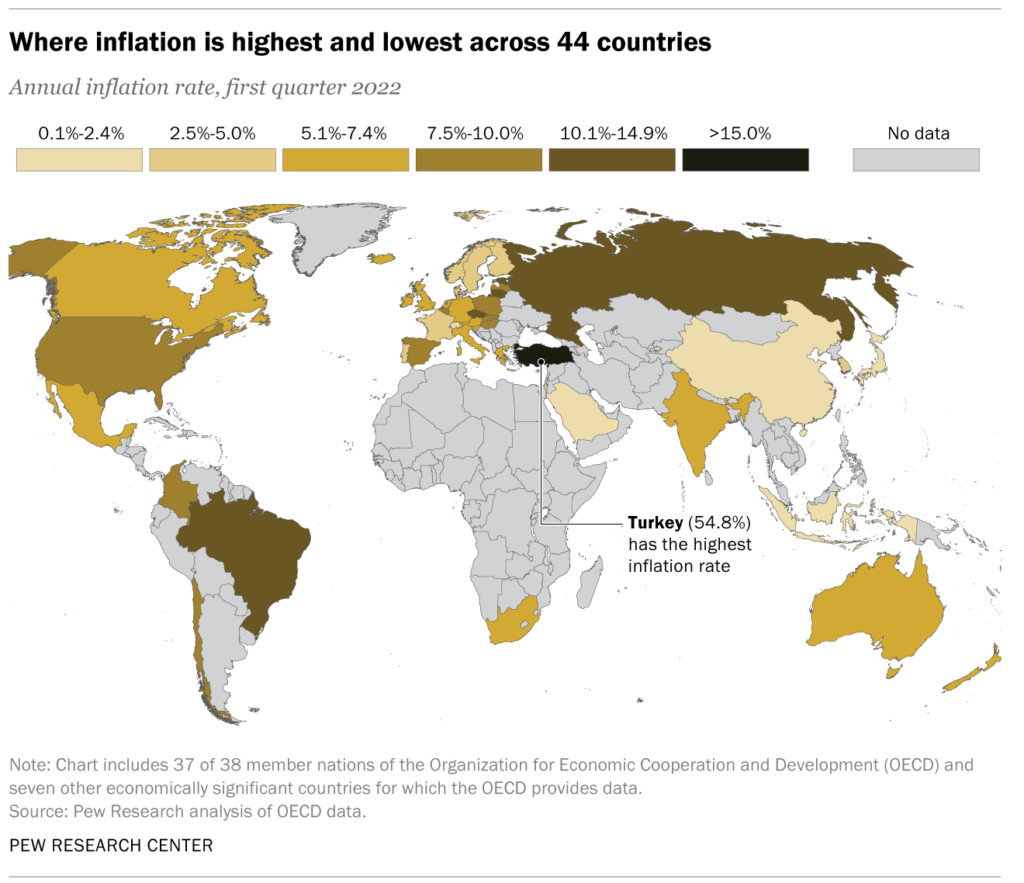 It is likely that the Fed’s failure to act was somewhat political. Jerome Powell was up for reinstatement as Fed chairman, and it seems he held back raising rates until he was reinstated.  This should not have happened as the Federal Reserve is supposed to be an independent agency that does not get caught up in politics, but is entrusted with keeping prices and the economy stable.

Did the Fed get caught up in politics?

Maybe it wasn’t just that Jerome Powell was looking to secure his reinstatement. Maybe the Fed was caught up in a different agenda that shifted focus from its primary mission. Instead of maintaining price stability in controlling inflation its political agenda promoted full employment over its previously stated primary goal.

At the Fed the shift was apparent in promises that it would pursue a “broad-based and inclusive” recovery. The rhetorical shift ignored the fact, taught to every undergraduate economist, that the rate of unemployment at which inflation takes off is not something central banks do. In September 2020 the Fed codified its new views by promising not to raise interest rates at all until employment had already reached its maximum sustainable level. Its pledge guaranteed that it would fall far behind the curve. It was cheered on by left-wing activists who wanted to imbue one of Washington’s few functional institutions with an egalitarian ethos. (The Economist Newspaper, 2022)

Maybe the Fed was just wrong even though they had a great deal of financial data stating inflation was getting entrenched as inflation persisted for over an entire year.

It is mainly accepted that around 2% inflation is healthy for an economy as it helps promote general growth. It encourages people to purchase products as prices slowly inch to the upside. Interest rates should be about 2% above the rate of inflation so that inflation stays in check. A low rate of inflation helps encourage growth in the overall economy. When inflation raises to 5% or 6% It needs to be immediately addressed as it begins to drag on the economy and could start to lead to “stagflation”. This meaning the economy is stagnant (not growing) but with rising prices which then contribute to a downward spiral of economic decline. The problem with inflation is that consumers eventually stop spending money on some products as they focus their spending on hoarding goods and/or stop buying other consumable products. This leads to a reduction of demand called “demand destruction” which often leads to layoffs and higher unemployment rates. Unemployment means fewer people have jobs and less money. This is where the vortex of economic decline begins to take hold.

The key measure of inflation is the consumer price index (CPI). The CPI is often claimed to be inaccurate and political. These key indicators are put together by the Bureau of Labor and Statistics (BLS).  What’s included in the basket of prices that are measured by the BLS is often a subject of a very heated debate. Interestingly, the academic community claims that the CPI overstates inflation by as much as 1% while the financial community claims that the CPI understates inflation by as much as 2%. Another big point of contention is the BLS uses a practice called substitution and weighting. They weigh certain products and services and certain prices heavier than others. For instance, in one key statistical measure they leave out the cost of energy and food products. In another they leave out the cost of housing. Nonetheless, the CPI has been used effectively over the past four years to manage and measure inflation felt by the average urban consumer.

In the image above, we see that May’s CPI came out with a 1.0 reading. This is second only to March’s historic 40 year new high of a 1.2 reading. There is a projection of approximately 8% inflation in 2022. There are many indications that inflation has not yet peaked, as some had suggested after April’s mild report with only a 0.3 increase in prices. This hotter than expected CPI reading, along with the disappointment over early predictions that inflation had already peaked cause the Federal Reserve to start increasing rates more aggressively. They increased the federal funds rate by .75 basis points, bringing the federal funds rate to 1.75. 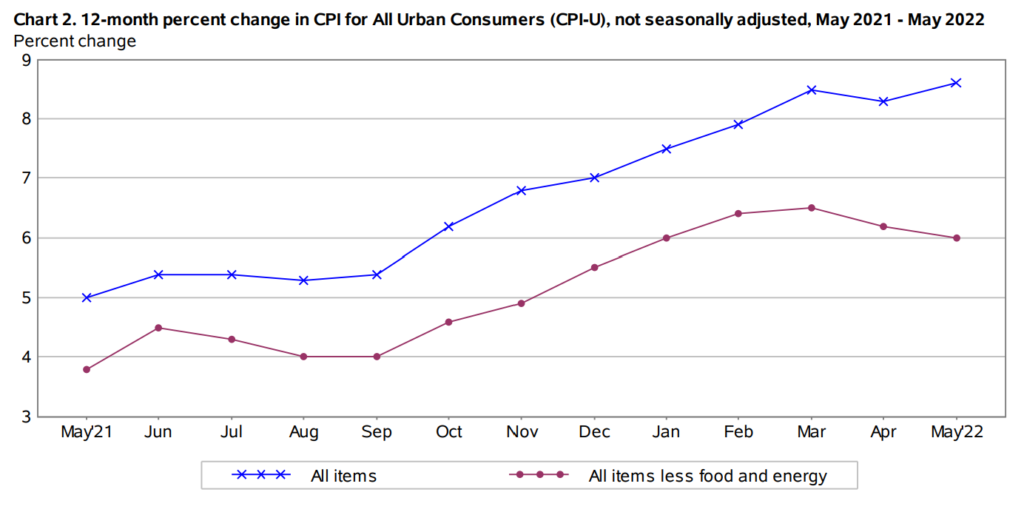 Is the Fed Chasing Inflation

Where do we go from here?

The .75 basis point rate hike, taken by the Federal Reserve is certainly a move in the right direction. The Fed is finally moving towards taming a problem that has already gotten out of hand. This optimistic approach is in keeping with Jerome Powell’s previous approach of attempting to manage monetary policy while orchestrating what has been called “a soft landing” for the economy. Most economists agree that the prospect for a soft landing is becoming less likely and demand destruction seems to be most likely with the current inflationary problems. Sadly this will probably mean the loss of thousands of jobs for struggling Americans at a time when rising prices are already cutting into most people’s standard of living.

The federal reserve attempted to focus more on jobs and a broad based recovery from the pandemic rather than its traditional focus which has always been to keep prices stable and manage inflation. Whether this was politically motivated or not, the “transitory” lack of focus on the Fed’s most important directive will have long term global ramifications. Most likely the Federal Reserve will continue to raise interest rates by .50 basis points or more at each meeting until inflation is under control. A projection shows that will take most of 2023 to achieve this. In the meantime, inflation will peak at some point and then start to slow, but the collateral damage will be a massive loss of jobs and a huge loss of value in the U.S. equity markets, as well as the real estate markets.

We hope this look into the Federal Reserve Policy, interest rates, and inflation helps make sense out of ever rising prices and a stock market that seems to have lost its footing.

Until next time, Trade Well.

Board of Governors of the Federal Reserve System. Federal Reserve Board – About the Fed. (2022, May 23). Retrieved June 17, 2022, from https://www.federalreserve.gov/aboutthefed.htm

The Economist Newspaper. (2022, June 29). Why the Federal Reserve has made a historic mistake on inflation. The Economist. Retrieved June 17, 2022, from https://www.economist.com/leaders/2022/04/23/why-the-federal-reserve-has-made-a-historic-mistake-on-inflation?utm_medium=cpc.adword.pd&utm_source=google&utm_campaign=a.22brand_pmax&utm_content=conversion.direct-response.anonymous&gclid=Cj0KCQjwzLCVBhD3ARIsAPKYTcS-28fJuoGuED48rFRtRD_hXz21HXdrtV-KPEPh2wR3VPhq_BDLoVkaAuQ8EALw_wcB&gclsrc=aw.ds