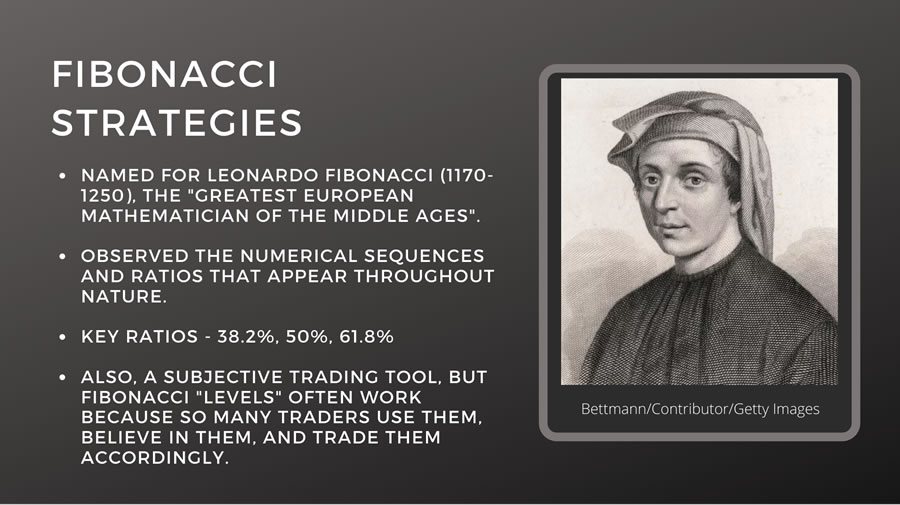 Fibonacci strategies are a group of trading tactics that stem from the work of the Italian mathematician known as Leonardo Fibonacci. Fibonacci is considered one of Europe’s greatest mathematicians of the Middle Ages. He is famed for observing the numerical sequences that were used throughout antiquity, also known as the golden ratios. The key ratios are 23.6%, 38.2%, 68.1%, and 78.6%, and 50% (even though it’s not officially a Fibonacci retracement). These numbers and ratios were generated by studying many things in the natural world. They recur in many common things such as seashells, flowers, and the layout of human facial features called facial canons.

How does this relate to Trading?

The first thing you need to know is that Fibonacci retracement techniques are self-fulfilling prophecies, making them completely subjective. They work because many traders use and believe in them, thus trade with them accordingly. These techniques are most effective after a substantial directional move. When trends begin to falter, traders look for support and resistance levels at key Fibonacci retracement levels. Traders can project these lines onto their chart and wait for price and volume to confirm that this is a good level for them to either add or take new positions in the original direction.

Keep in mind, “Fib Levels” are not support or resistance but indicate where to find some. Actual support and resistance levels can be found by looking to the left on the chart. By locating these levels or clusters of supply and demand it can be helpful in planning your next trade.

Sometimes it’s easier and simpler to round off the Fibonacci ratio numbers to the nearest whole number. For instance, the 38.2% level would be rounded to 40%. Anything less than 40% would be considered a bullish retracement level, as the move did not pull back far before resuming. 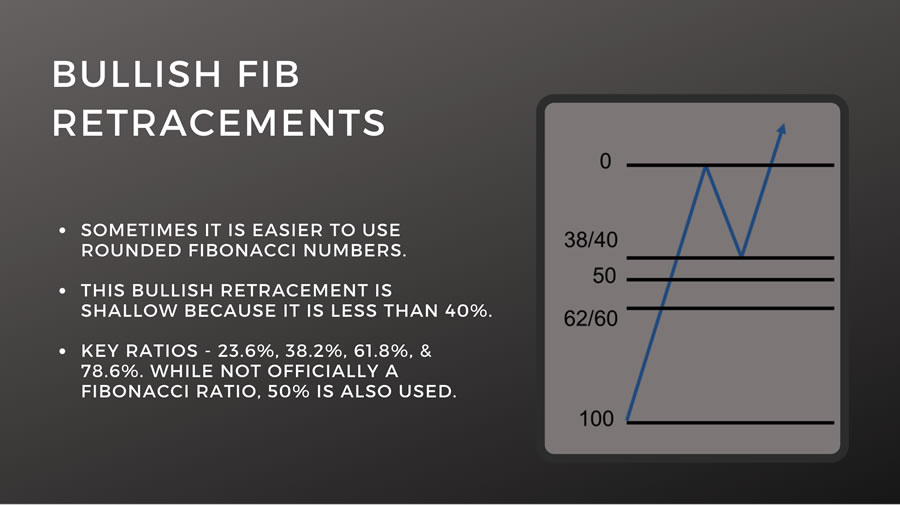 Please note that this is an introduction to Fibonacci trading techniques. We will go into depth using the other bullish retracement levels in an upcoming blog. We will also show some examples of how to use your DAS Trader Pro Fibonacci Retracement Tool.

Until then, trade well.