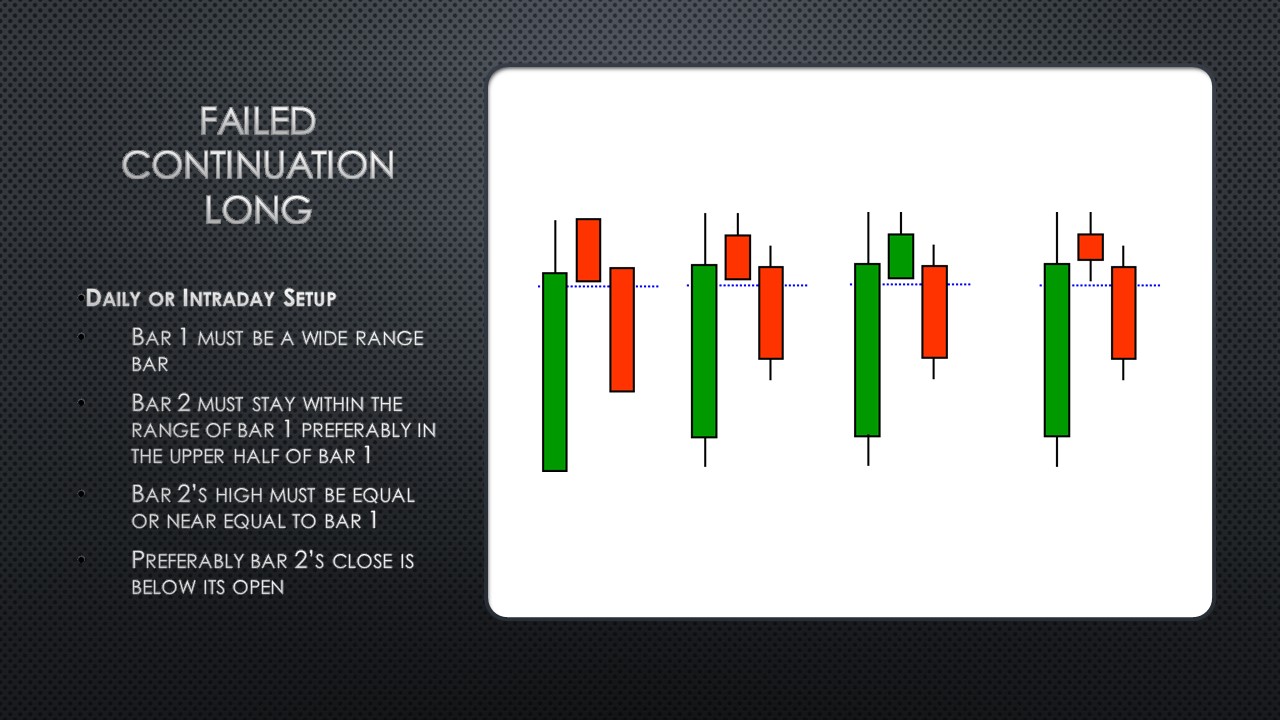 Before we get into the failed 123 continuation long set up, we need to understand why failed setups very often turn into very powerful reversal patterns. These setups are rejections; failed expectations that then reverse and go the other way. If you’ve ever wanted something very badly in your life and you were so close to getting it but then it fell through, then you understand the disappointment power of a failed set up. Just imagine all the people who are going long expecting a 123 continuation in the direction of the trend but then that doesn’t happen and it completely reverses and goes the other way. Those traders who went long on bar one get trapped and they need to sell their shares. The keyword here is trapped! Failed set ups are like traps and should be sprung quickly, the way any good trap is sprung. This is just one example of a failed set up, but it’s one that happens often because it occurs very often in general. 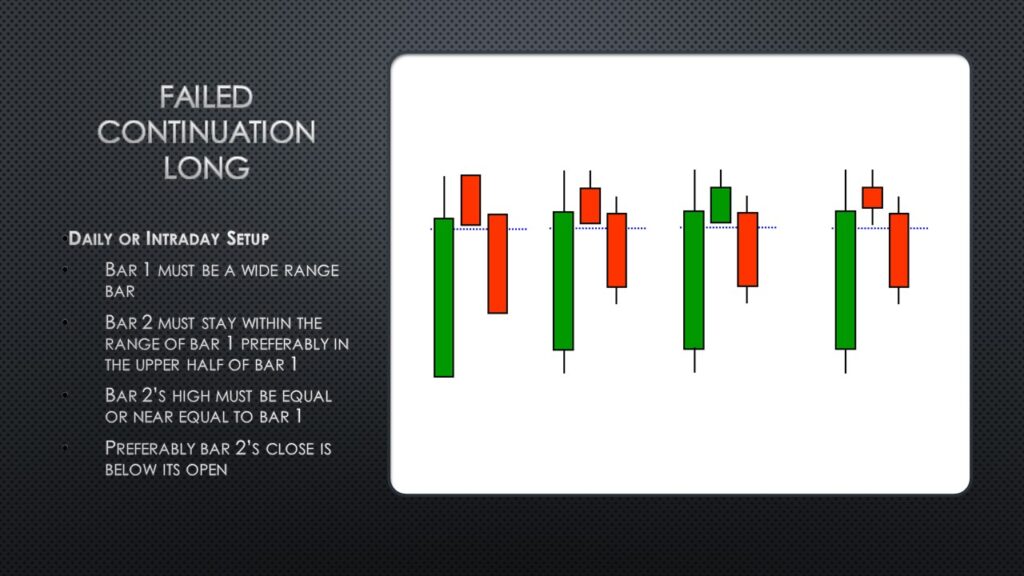 First, you must have a wide range bar just like in the 123 continuation set up; it should look like a perfect set up. The second bar should close down within the top 1/3 to 1/2 of the range of this first bar. It’s better if it closes as a down bar. On Bar 3, the set up should trigger and then reject. The sell is when the price crosses below the bottom of bar two. The stop should be above the top of all the bars. 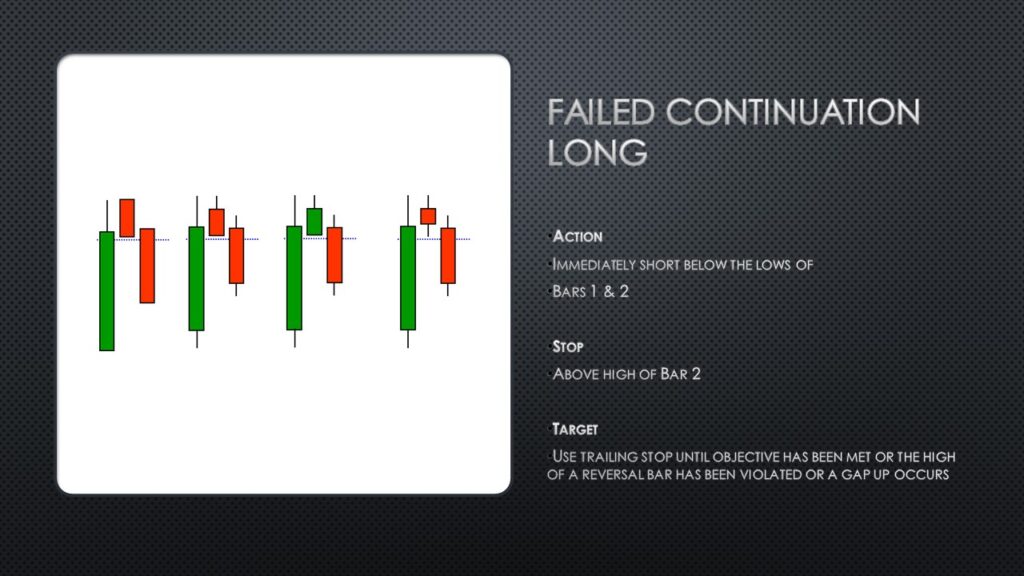 The trader should run the trade for however many bars it takes until it gets down to the next level of support. You must use the same timeframe in which you initially took the trade. You can also use a bar-by-bar trailing stop, which means as long as the bars all close red with no reversal bars, you stay in the trade. But if the bar closes green or crosses above the prior bars, you take your profit and get out. You can scale out of this trade, meaning you can take partial profits as sometimes failed 123 reversal rejection set ups go far further than you expect.

Remember, failed patterns can occur on any trading set up. They generally need to look perfect, trigger and then immediately reject for them to be most effective. Think of these like traps for traders. A trap always works best if it is triggered fast.

We hope you found today’s lesson helpful trade well until next time.