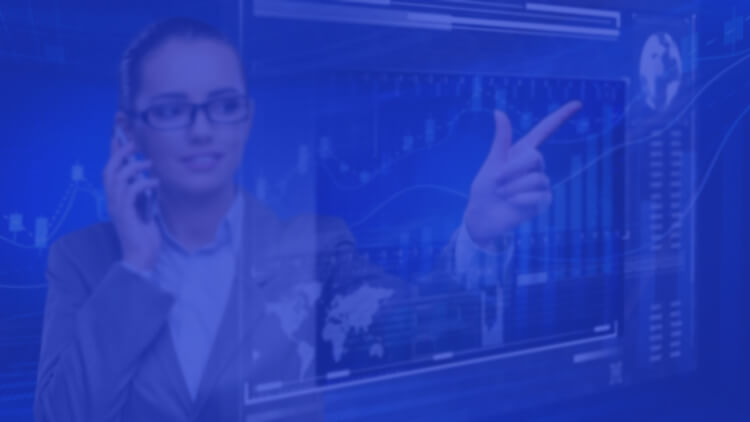 I have been involved in the financial markets for fifteen years and been engaged in different stock trading styles. During that time, I have interacted with many different types of traders and I believe I have gained a fair understanding on how traders’ minds work. Although I do trade occasionally, I would not consider myself a trader because I do not think like a trader. A trader has a very specific mindset that is different from most people. Most traders tend to have the following personality traits: highly ambitious, aggressive, gaining joy from high risk scenarios, and driven by monetary gains. It seems that people who exhibit one of those traits are naturally attracted to trading as a profession for the fact that it is a reward driven profession which satisfies their ambitions to success coupled with the excitement of high-risk betting in the markets.

I have seen traders cross the line many times and it usually result in trading failures and huge losses. For example, if the trader thinks with his heart and allows his emotions to affects his decisions he becomes obsessed with gaining more even after he has met his target. He believes his formula for success is unbeatable and so he increases the risk factor on a position by doubling his shares or staying in a trade when he should have just taken his profit. As opposed to when the trader uses logic, strategy and has a regimental approach to trading in which he modifies his formula based on technical analysis and proven patterns in the market. It is important to note that the success of any trader in the financial market is dependent on his approach to trading. Of the two types of mindset, the trader who uses strategy based on technical analysis almost always has a consistent profit margin.

The trader who thinks with his heart will approach trading as if he is a gambler at a table of chance and therefore may sometimes win a very large hand at the market but will also lose it very quickly. The formula based on his emotions determines when he enters and exits his positions; he is often blind to the obvious market indicators as to when it is time to cut his loss and reevaluate his strategy. He sometimes develops an attachment to the positions and being that he is thinking with emotions he will disregard logics and depend on hope that his positions will turn in his favor.  I have seen instances in which the trader believes he is the reason why the stock is moving in a certain direction. He essentially becomes the market. Sounds incredible but the trader actually submerge himself so much into the activity that he actually loses sight of logic and reality.

There have been several studies done by accredited universities in which the psychological patterns of traders were studied and it was determined that most traders have psychopathic tendencies such as:

1. Considerable superficial charm, verbal facility and average or above average intelligence.
2. Unreliability, disregard for obligations, no sense of responsibility.
3. Untruthfulness and insincerity.
4. Inexplicable impulsiveness.
5. Antisocial behavior.
6. Poor judgment and failure to learn from experience.
7. Total self-centeredness.
8. General poverty of deep and lasting emotions.
9. Lack of any true insight, inability to see oneself as others do.
10. Fantastic and objectionable behavior, after drinking and sometimes even when not drinking–vulgarity, rudeness, quick mood shifts, pranks.

One study suggested it has something to do with the dopamine level of an individual and that traders tend to have a higher level of dopamine activities in their brain’s patterns. It has been widely known in the psychological community that sociopaths have higher levels of dopamine. Am I suggesting that all traders are sociopaths? Not really, but perhaps some do develop those tendencies later on when they begin to develop a higher percentage of success.

And like any activity that involves a reward system, trading the market becomes an addiction because of the appeal and the glamor of beating Wall Street’s hedge fund managers and high-frequency trading players at a game that was once exclusive to them alone. And if one adds in the allure of becoming rich overnight which by itself is often too irresistible to most people and a little bit of greed a trader can easily become another “Gordon Gekko” of the movie WallStreet, an ego-centric sociopath who believes he is never wrong and is infallible. If trading, like any addiction, is allowed to become an obsession, it normally results in failure. The key to becoming a successful trader is keeping clear cut goals in sight while not being ruled by greed.

When Gekko said those famous three words in the movie “Greed is Good” it really solidified the notion to many traders that greed is a necessary component to be successful. And to some extent, a little bit of greed, but more so a monetary motivation is necessary for success. Essentially if a trader can remove the tendency of greed and emotions from his approach, he will be consistent in building working strategy for success. This is why as a technology firm who caters to the trading community we believe that trade automation tools will help traders become better at beating the game. When the trader automates his strategies, the automated box is the decision maker and not the trader, removing the greedy impulses that affected the bottom line.

Is There An Edge to Free Commission Trading?